Lake Michigan Comes to You

Each Utility Controls Its Own Supply

After leaving the pumping station, the water flows through the distribution pipes to storage tanks and metering stations serving the Commission’s wholesale customers. Once it travels ten feet beyond these metering stations, the water becomes the property of the receiving utility.

A Century of Assurance

The DuPage Water Commission system is the second largest in the State of Illinois.  It will provide a better quality of water to its service area of more than 300 square miles, projected to have a population of almost one million by the year 2020.  The Commission’s large network of underground mains assures DuPage County of a plentiful water supply for a least the next 100 years. 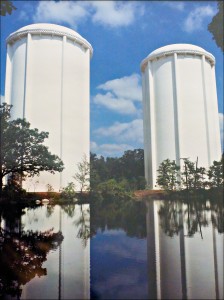